The conventional HDF-EOS format is an alternative format that uses only common HDF-EOS elements, specifically excluding use of the stacked-block extensions. As a result, the conventional HDF-EOS format should be easily imported into any tools that support generic HDF-EOS. In practice however, there are still many tools which have only limited support for HDF-EOS. Conversion to conventional HDF-EOS format attempts to reproduce the data content of the original products, only changing the data format. However, there are some notable differences in the data content for some fields which are discussed below. Geolocation is based on the standard parameters used by the General Cartographic Transformation Package (GCTP) library which is distributed with the HDF-EOS library. Data are map projected using the same Space Oblique Mercator (SOM) projection as the original products.

The choice of format largely depends on the tools you are using. Some MISR specific tools, such as misr_view, only support stacked-block format. Tools with only generic support for HDF or HDF-EOS, will be able to display stacked-block data a block-at-time, but will not automatically stitch blocks together with the proper alignment, and will not provide geolocation information. 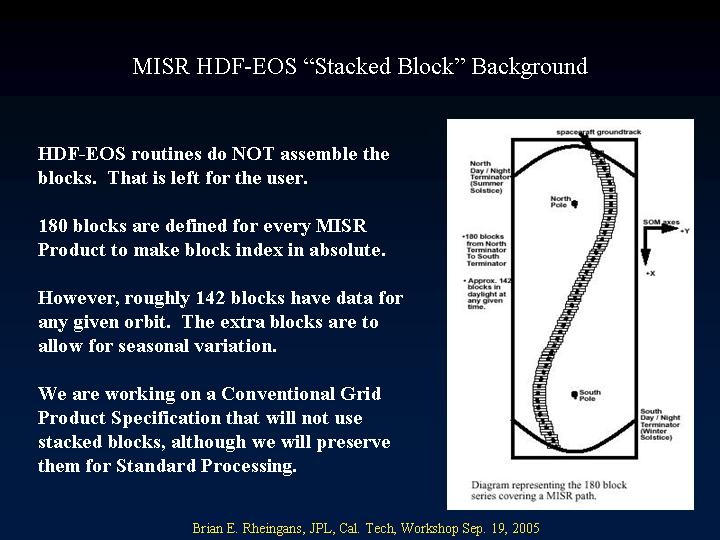 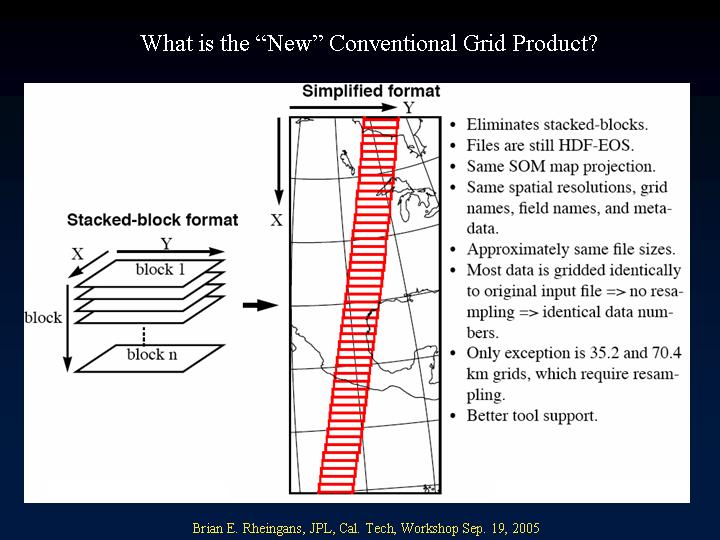 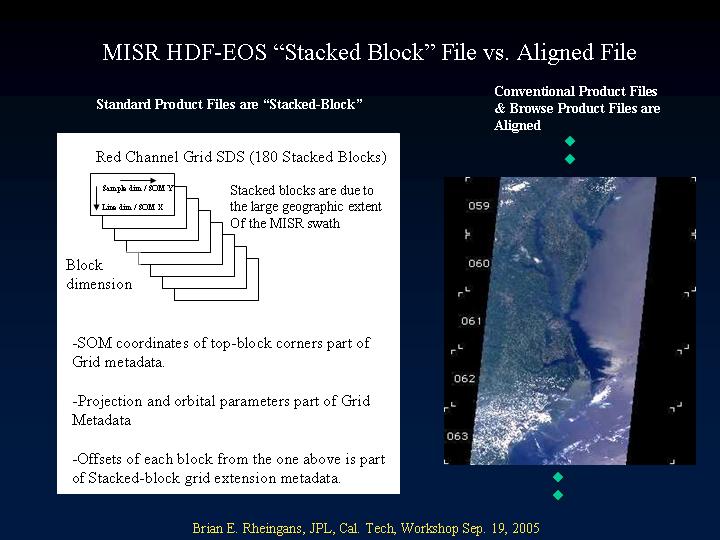 Return to “All Questions/Comments”