Use this Forum to find information on, or ask a question about, NASA Earth Science data.
Post Reply
5 posts • Page 1 of 1

I've adapted this for AIRS L1B radiances, but I consistently get "API Error: Faulty Request" with no other information. See attached screenshot.

Any idea what is causing the fault? 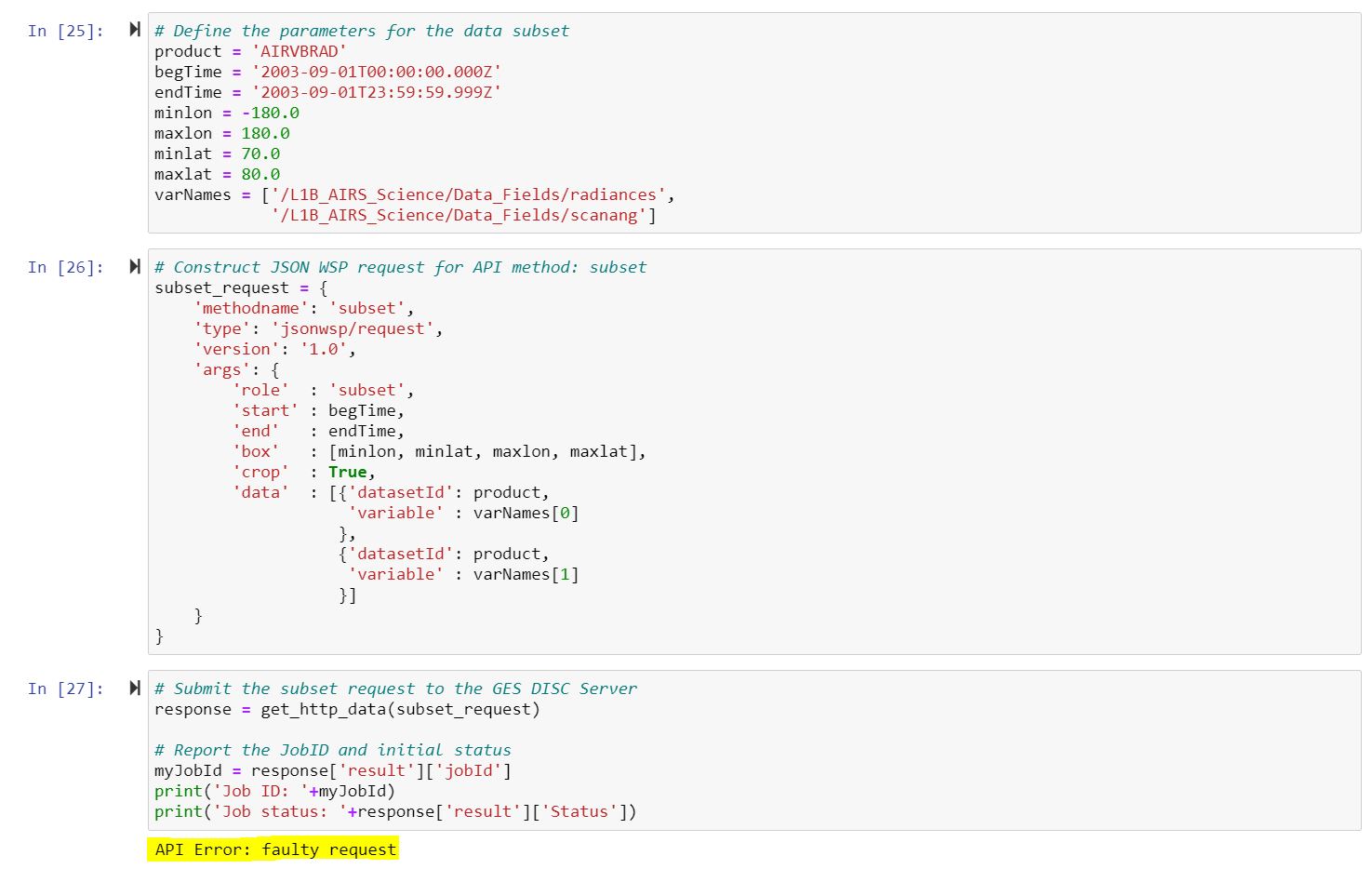 We have provided your code image to our staff member familiar with the API interface. I will post a reply as soon as possible.
Top

Thanks. Would it be more efficient to correspond via email?
Top

Here's an initial answer to your query. We can continue through email to our Help Desk if more guidance is necessary.

That product, https://disc.gsfc.nasa.gov/datasets/AIRVBRAD_005/summary?keywords=AIRVBRAD_005, is supported by the SSW and OPeNDAP services, but not by the L2 Subsetter. Spatial subsetting is not supported by either of those services, so it is necessary to change the ‘crop’ arg to ‘False’.


That product is configured in an unusual way in the search interface – it shows four variables (Channel 1-4, see attached image), but Channel is actually a *dimension* in the file. So the user would get all variables but with that dimension flattened to 1.
Top

the above difference stems from more general function xpress.evaluate(), which evaluates any expression (e.g. a constraint's lhs or part of the objective) using a variable assignment that can be different than the current solution and/or a different problem object. getSolution() is little more than a wrapper for xpress.evaluate();

other functions behave like getSlack(): these are getDual() and getRCost();
efficiency won't be much affected by calling getSlack() or getSolution() with a small subset: the Python interface uses the C API functions for retrieving slack and solution, which however return the whole solution vector requested.

The Python interface then takes care of selecting the right subset. As stated in the Modeling chapter of the python interface's reference manual, calling getSolution(x[i]) or getSlack(constrs[i]) several times will result in as many C API calls that return the whole vector. It is advisable instead to call these functions once.